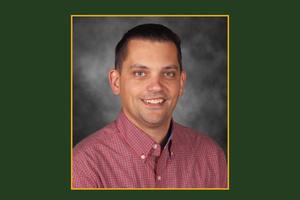 (2-23-22) CONGRATULATIONS to Mr. Vinton as he is honored by Thiel College!

Penn-Trafford High School teacher, Mr. Steve Vinton, has been named Communication and Media Teacher of the Year by Thiel College.  Vinton was nominated by his former student, John Robbins (Penn-Trafford Class of 2020) who is currently attending Thiel as a Media and Journalism major.  In total, seven teachers were nominated and over 2,000 votes were cast.