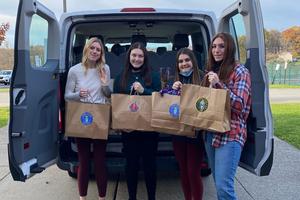 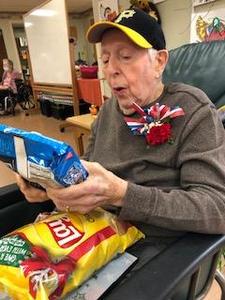 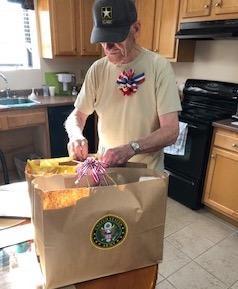 
Thanks to the generosity of all the volunteers, each veteran received a personalized gift of their favorite snacks, drinks, candy, games, magazines, and more.  “Carrie Morris from the Westmoreland Manor told us the veterans were looking forward to our visit and were so appreciative of the thoughtfulness of the students,” stated senior Natalie Gross, who was moved by the project.  “When she told us she had veterans asking when we were coming, it made me realize how impactful these simple donations are on the lives of the veterans.”