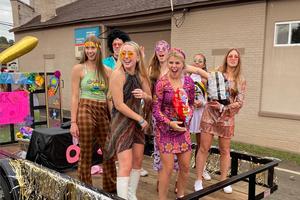 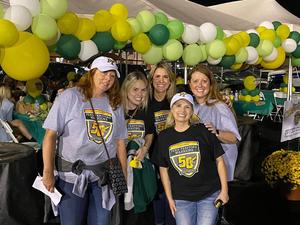 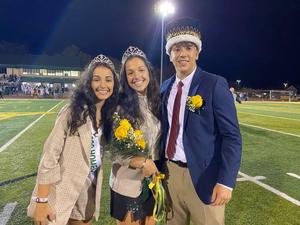 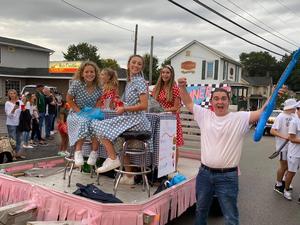 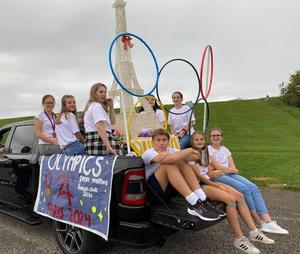 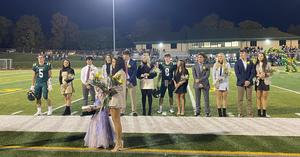 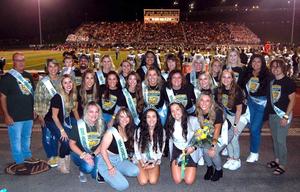 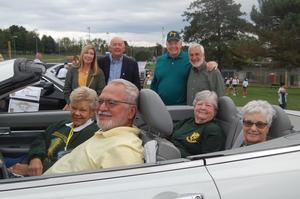 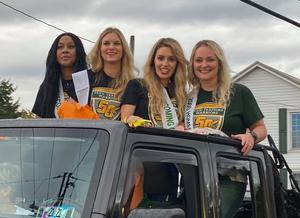 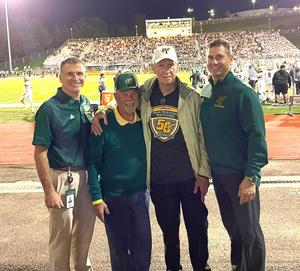 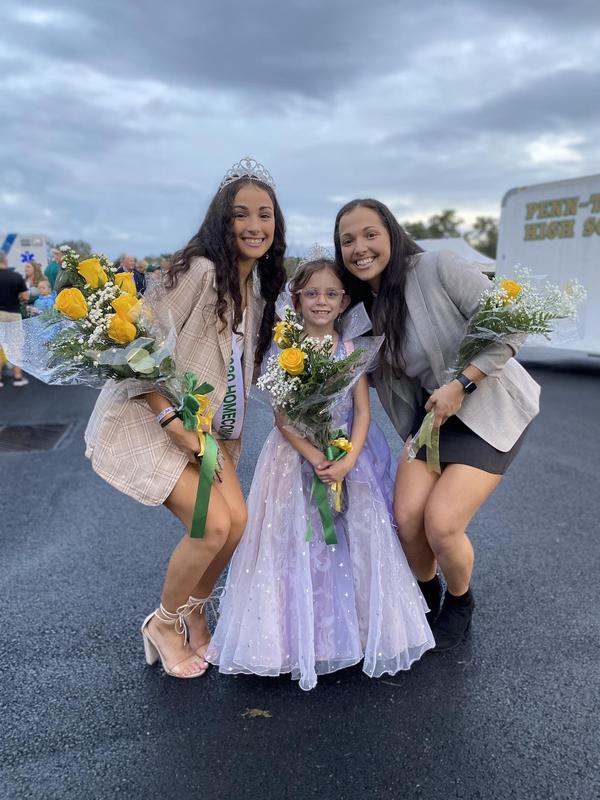 A little rain didn’t deter Penn-Trafford from holding a memorable homecoming parade, alumni reception, and reunion of retired high school leaders on Friday, October 8.  The 2021-2022 school year marks the 50th anniversary of the merger between Penn Joint and Trafford High Schools, and alumni turned out in record numbers to celebrate the occasion.


The parade kicked off at 6:00 pm and featured many floats by student groups, the Penn-Trafford marching band, cheerleaders, emergency vehicles with lights flashing, and the homecoming court, along with returning kings, queens, and staff from the past 50 years.


During pre-game festivities of the football game, current Penn-Trafford and Gateway administrators joined alumni from Trafford and Pitcairn high schools for the ringing of the victory bell.  This tradition began in 2008 and honors the rivalry between the Trafford Tomahawks (now Penn-Trafford Warriors) and Pitcairn Railroaders (now Gateway Gators).


The homecoming dance was held on Saturday, October 9 at the school’s gym and outdoor courtyards.