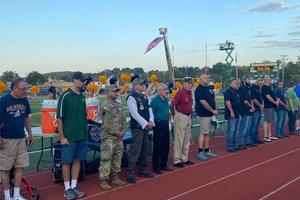 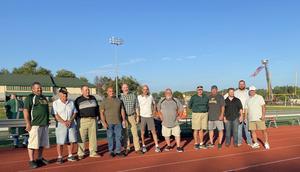 THANK YOU to our veterans, active military, first responders, and faith leaders!!

During the pre-game ceremony of the Penn-Trafford vs. Peters Township football game on September 17, Penn-Trafford continued its tradition of honoring veterans, active military, first responders, and faith leaders.


The local heroes and their families were invited to a reception with district leaders before being escorted onto the field for an Armed Forces Salute from the PT Marching Band.  The National Anthem followed, during which all present stood facing the enormous flag raised high atop a fire truck lift.