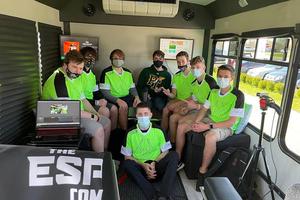 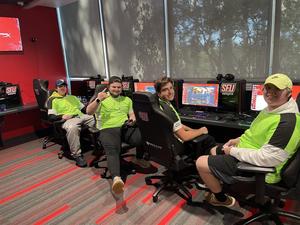 
The teams, coached by teachers Mr. Carlisle and Mr. Kosoglow, consisted of 14 members who met to practice and compete every Tuesday and Thursday after school.  This year’s competitions featured a ‘Rocket League’ theme (a game that combines computerized soccer and rocket-powered cars).  PT students comprise two Rocket League teams, both of which advanced to the semi-finals.  The Division 1 Rocket League team, which consists of Ryan McWilliams (10), Dylan Holmes (11), Vincent Patalski (10), and Ryan Brady (12) advanced to the championship which was sponsored by The Esport Company and held at St. Francis University on Saturday, May 1, 2021.


Penn Trafford faced off against number one seeded Bishop Caroll in the championship but ultimately finished in 2nd place.  This was the first event of its kind in the region and brought together finalist teams from ten member schools in the Laurel Highlands region.

“Our teams have been working really hard,” commented Coach Carlisle.  “Esports provides a great opportunity for students to grow and possibly get some college funding if they continue to excel.”

To cap off their first year of Esports, Penn-Trafford received a visit from the Esport Company gaming bus the week before the championships.  Students met the founders of the company as well as some of the sports anchors from Twitch, the world leader in Esports streaming.  “It was a very cool experience, especially for being a high school student,” said sophomore Ryan McWilliams.  “To have this opportunity is just incredible.”